As I'm writing this blog post, we are less than 4 weeks away from the end of 2020! The speed with which this year has passed us by never ceases to amaze me. It feels like it was just yesterday that I was writing my goals for this year, but it was nearly a year ago!

With that aside, I will be turning my attention to the intent of this blog post, which is to discuss the dividends that I received during November 2020. 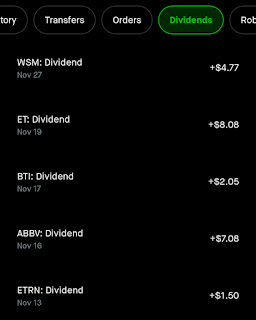 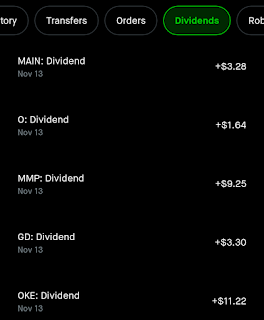 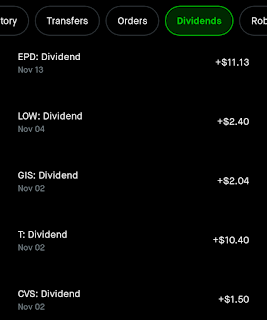 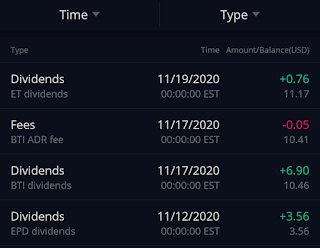 Going into more detail, my net dividends declined by $5.04 as a result of the following activity within my portfolio:

The amount that I received from Energy Transfer (ET) declined by $8.86 as a result of the distribution cut that I discussed in my Expected Dividend Increases for November post.

I also received an extra $0.01 in dividends from British American Tobacco (BTI).

I received an additional $0.01 from Realty Income (O) as a result of its most recent dividend increase that I discussed in my Expected Dividend Increases for October post.

I also received an extra $0.20 in dividends from Lowe's (LOW) as a result of the company's dividend increase in August.

I received an additional $0.08 in dividends from General Mills (GIS) due to its dividend increase in September.

Due to the timing of JP Morgan's (JPM) dividend increase (which accounted for $0.02 in extra income during November) and the recent dividend increases from Verizon (VZ) and General Mills that boosted dividend income by $0.01 each, I received an additional $0.04 in dividends from my M1 Finance accounted compared to last quarter.

While the distribution cut from ET was a significant headwind to my net dividend income during the month of November 2020, it was a reminder of the power of diversification.

Fortunately, I am forecasting that upcoming dividend increases, dividend reinvestment, and capital deployment in the weeks ahead will help me to recover to my previous middle of the quarter month record in terms of net dividend income.

I'm very excited that I have resumed my typical capital deployment schedule of $1,500-$2,000/month as I believe this will be highly beneficial to my goal of steadily increasing my net dividends each and every quarter.

Did you endure the headwinds of any dividend cuts in November as I did with ET?

How was your dividend income in November?

Thank you for your readership and I look forward to replying to your comments in the comment section below!