As I'm writing this blog post, it's the last day of September. It's hard to believe, but there are only three months left in the year! Fall is here in Central Wisconsin, but you wouldn't know it based on the temperatures in the high-70s Fahrenheit today.

At any rate, it's time for me to discuss my capital deployment activity in September 2021 and the dividend stocks that I purchased for the month. 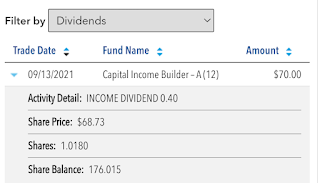 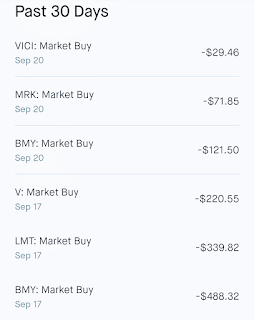 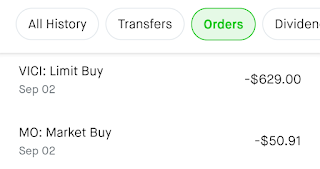 How was your September for capital deployment?
Did you add any new positions to your portfolio during the month as I did with VICI and BMY?
As always, thanks for reading and I look forward to your comments in the comment section below!
Posted by Kody at 7:38 PM