Financial Lessons To Draw From The Holidays

With Halloween just around the corner, a few thoughts couldn't help cross my mind pertaining to the spooky holiday. In a society that is plagued by consumerism seemingly everywhere one can look, it's quite apparent that the commercialization of holidays for the benefit of businesses has been highly successful and has infiltrated American culture. With that said, we'll be examining the impact of this consumerism on the finances of Americans. We'll also be taking a look at how something as simple as trick or treating during Halloween could indirectly teach kids a lesson about fiscal responsibility. 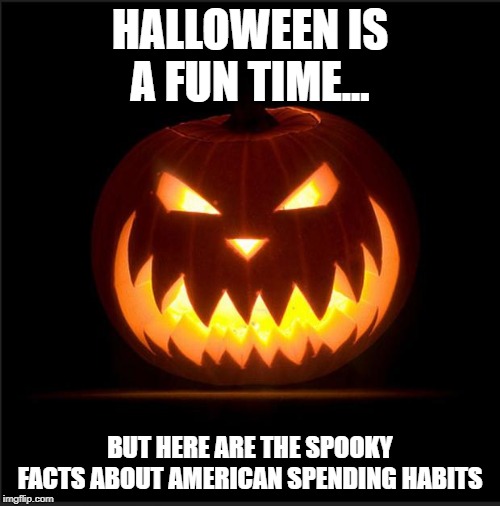 It really shouldn't come as a surprise that in a country that is as materialistic as the United States, Americans are spending a fortune on holidays.

But in order to fully highlight the absurdity of such spending, we'll be delving into the details of this spending, and discussing the implication that can be drawn from this analysis.

While on the topic of Halloween, it's only appropriate that we will start with Halloween specific spending first and then transition to overall holiday spending throughout the year.

For 2019, the National Retail Federation or NRF is expecting that Americans will spend $8.8 billion on Halloween costumes, decorations, and candy. Shoppers say that they expect to spend an average of $86.27 this year.

While this amount alone doesn't seem like much, it becomes considerably more when we delve into the spending on major holidays such as Thanksgiving, Christmas, Hanukkah, and Kwanzaa, whether its for gifts, decorations, candy, food, or travel.

According to Alliant Credit Union, Americans planned to spend an average of $1,007.24 last holiday season (covering Thanksgiving, Christmas, Hanukkah, and Kwanzaa), with $638 of that being allocated to gifts for family, friends, and coworkers, $215 being spent on non-gift holiday purchases such as food and decoration, and $155 being spent on other non-gift purchases for themselves and their families.

Perhaps the most glaring spending category in my opinion is the $638 being spent on gifts. It seems a bit excessive to me to spend that amount of money giving gifts to family and friends that in all likelihood, will probably end up being thrown out within a year or two anyway.

This doesn't even include holidays, such as Mother's Day, Valentine's Day, Easter, the quintessential American holiday of Super Bowl weekend, Father's Day, or St. Patrick's Day, where Americans collectively spent almost another $100 billion each year.

When we take into consideration that the average American household will somewhere in the ballpark of $1,500 this year on holiday related expenses, this equates to roughly 2.3% of the median household income of $63,688 (as of January 2019).

While it may not sound like much, that couple percent of spending could instead be allocated to saving and investing.

Even what seems like a measly 2% when applied to the average American savings rate of 8.1% as of August 2019 (keep in mind this savings rate is in the midst of the lowest unemployment numbers of 50 years and that the next recession will eat into this savings rate considerably), results in a 10.1% savings rate. 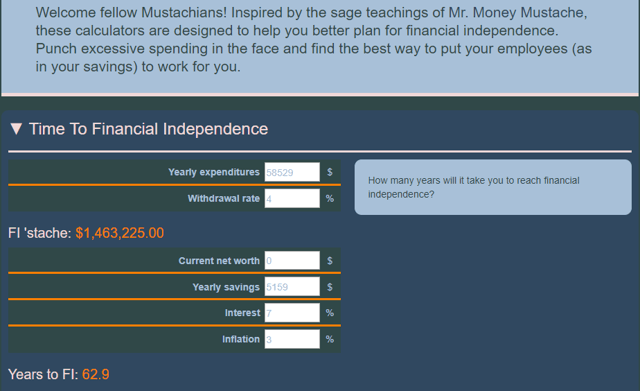 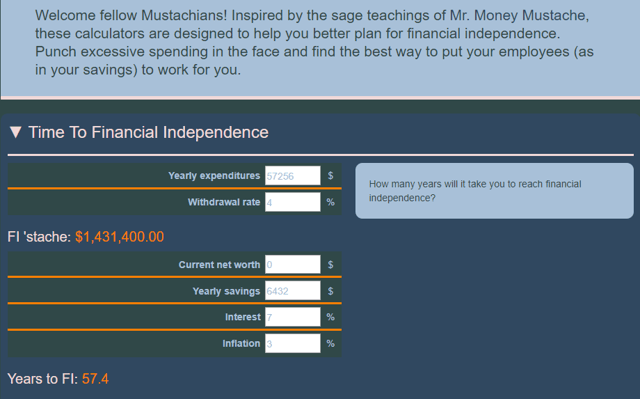 Using the Mustachian time to financial independence calculator and assuming that someone is starting from $0 in net worth, that extra 2% is the difference between having to wait almost 63 years to be financially independent versus 57 years.

You read that right! When we take into consideration the rather anemic savings rating of Americans, that extra 2% in savings equates to a difference of over 5 years!

Now, obviously if one is serious about financial independence, holiday spending is going to be maybe the fifth or sixth place to look at optimizing spending.

For optimal control of one's spending, the first three categories that are beneficial to conquer are the big 3 (housing, food, and transportation).

But it just goes to show how cutting the fat on seemingly minimal expenses can make a difference of several months for even a household that has their big 3 expenses well under control.

I'm not saying that we shouldn't spend on the holidays whatsoever, but a bit more mindful and purposeful spending could go a long way in reducing that holiday spending above. If Americans take this financial lesson to heart, I believe it's entirely possible that we could cut holiday spending in half. An extra percent savings rate for many Americans would be a noticeable bump in their savings increase due to the fact that the savings rate sits at about 8%, and it would be the start of remedying the underlying retirement crisis.

The implications of this excessive spending and the excessive spending of Americans in every notable budget category in general are that these reckless spending habits are the result of financial illiteracy. This is the very reason that even in a relatively robust economy, Americans feel as if they can't get ahead.

If one doesn't have an understanding of personal finances and of their personal financial situation, then how can they ever hope to retire? It's this very financial illiteracy that is the reason many Americans will never be able to retire without the aid of the government through Social Security and/or via pensions from their employers.

Lesson #2: Trick or Treating Can Teach Kids A Valuable Lesson

Now, it seems a bit contradictory that a holiday as pointless and frivolous as Halloween (my personal opinion now that I'm a solid decade beyond trick or treating and don't have any children to take trick or treating) could actually teach kids a valuable financial lesson, but hear me out on this one.

From the time I began trick or treating to when I stopped, I remember taking stock of my massive piles of Halloween candy.

I'm not sure if I am alone in this innate behavior that I displayed as a child, but I recall my tendency to gradually eat my candy over a period of several weeks. My candy would last at least through Thanksgiving each year.

My parents never really had to tell me to slow down on the candy consumption as a kid because I've always had the saving and delayed gratification mindset.

I knew that if I devoured all of my candy in a few days, that would mean I would be out of candy and I wouldn't be able to get as much enjoyment as I would if I savored my candy.

Even as an adult, the concept remains similar. Instead of talking about candy, we're now talking about money as the primary consideration in my day to day life choices. Like candy, money is a somewhat finite commodity that we must earn more of if we would like to spend more of it.

As a rule of thumb, I generally take a couple of days to contemplate a purchase before I go ahead with that purchase, regardless of the dollar amount. If I can still justify that purchase a couple days later, chances are that the purchase will meaningfully improve my life and that the cost is worth it.

I never equated something as simple as trick or treating for Halloween candy and the decision to ration that candy as having an impact on my future financial decisions, but I truly believe it has had some impact in that it formed the foundation of how I make financial decisions.

While I do enjoy the holidays and the month of October is a month that I enjoy watching reruns of Halloween movies, I've found that holidays in the United States are somewhat tainted due to the commercialization aspect. Companies spend billions of dollars every year to hype up the commercial aspect of holidays such as Halloween, Thanksgiving, Christmas, and Easter.

While I'm not saying that Americans should completely refrain from holiday spending, I believe it would be beneficial for Americans to take a bit more of a mindful and purposeful spending approach toward this budget category, along with others. I always knew there was some level of spending around the holidays, but it took me a bit by surprise that it amounted to this much for the average household.

Finally, trick or treating every Halloween and rationing candy was the foundation of what would eventually shape my spending habits and my mindset toward spending.

Were you surprised at the amount that Americans spend during the holidays throughout the year? Did you also conserve your Halloween candy each year rather than eating it in the span of a couple days?

As always, I'd like to thank readers for reading my thoughts on holiday spending in the United States. I look forward to replying to any comments you may leave below in the comment section.