The Phases of Dividend Growth Investing

With that said, let's take a look at how I believe dividend growth investing evolves from merely an idea, into a mindset, and even a lifestyle. 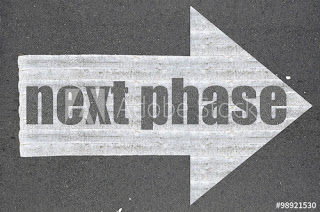 Every eventual fanatic dividend growth investor starts at what I like to call the "theoretical phase." This is the phase in which one experiences an epiphany. They one day randomly stumble upon the concept of passive income, and upon learning of this information, they are intrigued from the start. They will do more research and come to find that one of the absolute most passive forms of income to support a lifestyle are dividend growth stocks.

The amount that a would be dividend growth investor actually eventually invests in dividend growth stocks can range from investments of less than $100 (enabled with the recent rise of brokers such as Robinhood) to tens or even hundreds of thousands of dollars. Everyone discovers the concept of dividend growth investing at different phases of their life. Some may discover it at an early age in life, such as in middle school (like myself) or they may be in their 30s or 40s with a family even. This means that everyone starts at different investment amounts and becomes a DGIer to varying degrees.

In my case, I didn't start investing until I was 20. Being as young as I was when I began investing, I started with an investment of just over $2,000 in 6 different companies. It was this investment that would radically transform my mindset from one of hypotheticals into one of practicalities. This set the stage for the next phase of DGI.

Once I began investing in September 2017, shortly thereafter I received my first dividend from Genuine Parts Company (GPC). It wasn't much. I owned 2 shares at the time and collected $1.35 in dividends, but it was the beginning of that radical shift in my mindset. With every dividend I received thereafter, I became more and more convinced that dividend growth investing was my path from an employee to an owner; I viewed "harnessing the power of dividend growth investing to unlock financial freedom" as a mindset and a lifestyle. It's what ultimately led to the inspiration and motto of this blog. I began to think in terms of an owner rather than a employee/consumer. Rather than seeing $100 as a mechanism of acquiring goods/services, I began to see that $100 as a way of acquiring a share of Pepsi, two shares of Altria, or three shares of AT&T. In other words, the $100 could generate an immediate income of $3-6 in relatively safe, growing dividends for me in the years/decades to come.

With dividend growth investing, I realized that average, ordinary people were becoming financially independent over the course of years or multiple decades, depending upon how aggressively they invested in terms of the percentage of their salary they invested.

At a minimum, I believe DGI to be the practical solution to the retirement epidemic that America is facing. Rather than Millennials such as myself simply assuming that Social Security will be there for us when we reach retirement age (if it isn't drastically altered by then), the wisest course of action would be for us to start investing as soon as possible. If given 30-40 years, investments can compound considerably, transforming small contributions into massive piles of capital throwing off considerable dividends.

The best-case scenario for someone that aggressively saves 50%+ of their income and invests in quality, dividend growth stocks trading at fair or better prices for over a decade, is that they will be in a very enviable position in life, allowing them to focus on their passions rather than a paycheck. They will be financially independent or close enough that they won't be chained to a job they aren't engaged in, as is the case with over two-thirds of Americans.

It's the above information that enables me to feel the way I do about DGI. It is more than an investment strategy; it is a mindset that can free you from the obligation of a job that you don't feel engaged in, a boss that you dislike, or whatever it may be. You can truly be the architect of your own life when you are financially free

It's at the end of this phase that DGIers fully commit to the concept and lifestyle that accompanies DGI. I'm personally at this stage and will be for the next several years. They will continue to accumulate positions in dividend growth stocks for years before reaching the next phase.

This is also a phase one can be in for several years or possibly even decades, depending upon how we describe semi-financial independence. This is the point at which one is actively collecting dividends that are becoming more and more meaningful with the passage of every month. It may be $100 here or $500 there, but the key takeaway from this phase is that an individual is starting to collect enough in dividends to enable either:

A) regularly reinvest dividends along with other fresh capital contributions to accelerate the path to complete financial independence.

B) use the dividends to pay for expenses or enjoy life.

C) some combination of the two previous situations.

Within this phase, the only thing that changes non-financially speaking is that the conviction in the DGI strategy continues to be reinforced as one collects dividends for simply owning shares in a company and continuing to survive. The bar for collecting dividends is really set that low; select quality companies at reasonable valuations and wake up in the morning, so to speak.

At this point, the strategy is really on auto-pilot and there is no need to radically change it. There may be some tweaks here and there to the selection and evaluation process of investing in dividend stocks, but the philosophy of DGI stays largely the same.

With the passage of several more years and the continued trinity of dividends, the investor will eventually transition into the holy grail of dividend growth investing.

After a long, grueling road of investing and reinvesting tens of thousands or hundreds of thousands of dollars diligently, along with years of dividend increases from the quality companies in their portfolios, the investor has finally achieved the end-goal of financial independence. This phase is characterized by the freedom of the investor in question to pursue passions, hobbies, and interests at their own leisure.

If they work at a job they enjoy, they may continue to work, allowing them to continue to contribute fresh capital, reinvest dividends, and benefit from dividend increases on a magnitude that most can't even fathom.

This would allow them to reach potentially the uber wealthy phase of financial independence, in which abundance is a part of their lives. They could use this capital to fund philanthropic endeavors, political campaigns, or just continue to reinvest it.

If one works at a job they don't enjoy or find fulfillment in, they will probably have an idea of what they would like to do with free time by the time they reach this stage as it takes a minimum of several years and potentially decades to attain.

Whatever one decides to do upon reaching financial independence, the choice is absolutely theirs. They have earned their freedom after years of dedication to the very concept that made this life possible for them to begin with.

What phase of dividend growth investing are you at? How close or far away are you from Phase 4? Did I miss any phases, in your opinion? As always, I look forward to reading your thoughts and thanks for reading mine.