My Stance on the Relationship Between Ethics and Investing

In our highly divisive and litigious society, it's becoming increasingly common to hear those around us and those in the mainstream media portraying companies as evil. There are even some investors that allegedly refuse to invest in specific sectors (i.e. tobacco, oil, pharma), citing moral or ethical reasons.

In this post, I intend to outline my thoughts on the relationship between ethics and investing.

I'll start by citing that 17.5% of the dividends in my taxable account and 13.9% of my total dividends originate from the big 3 publicly traded tobacco companies (PM, BTI, and MO).

There are some that may question why I receive a significant portion of my dividends from an industry that can be as harmful as tobacco.

It comes down to 3 reasons in my mind. 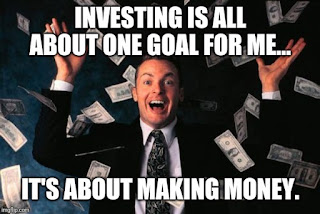 Reason #1: I Prioritize Making Money From My Investments

While there are those that refrain from what they believe are unethical or controversial sectors, they forget or disregard that in the most literal sense, your job as an investor is to find the most lucrative investments that you can.

It's often the most hated industries in the stock market that deliver the best returns over time because when you're buying a company with a high dividend yield, at a perpetually reasonable or underpriced valuation, and moderate earnings growth, you're positioning yourself for success.

When we take for instance that money is ultimately a tool that can be used for good or evil, we begin to understand that an investment doesn't really define us.

While there are negative consequences to the products that tobacco companies provide to their customers, they have proven to be the most lucrative industry for many decades.

The money earned from those investments over the decades have done many great things for society, whether its the tobacco companies paying taxes to the government or shareholders leaving behind massive fortunes to fund their favorite non-profit organizations.

If the wealth an investor amasses from their investments is ultimately used for good, then that really offsets the negative consequences in my mind.

Reason #2: Companies Will Profit Regardless Of If You Own Them

One thing that we often forget when we balk at investing in specific companies for whatever reason is that our not buying shares has no negative impact on the company (unless that company is issuing additional shares to raise capital for additional investments in R&D, marketing, etc, and isn't able to raise capital due to moral concerns of potential investors).

Regardless of whether retail and institutional investors shun investing in a company, this company will be largely unaffected.

In fact, when investors refuse to invest in a company for whatever reason, they are likely undermining their intent.

When a company trades at depressed valuations, share buybacks prove very lucrative to long-term shareholders, making them considerably richer in spite of ethical investors refusing to purchase shares in that company.

Reason #3: It All Comes Down To Personal Responsibility And Perspective

Everything could be portrayed as unethical or evil if framed properly. A misguided cynic could portray fast food as unhealthy and the root cause for the obesity epidemic. They could also argue that tobacco companies are the ones to blame for smoking-related deaths. We could blame oil companies for every single oil spill. However, we need to keep in mind that these companies are simply providing us what we demand.

As much as fast food, tobacco, oil, you name it is at fault for whatever ails society, we each make individual choices everyday that enrich these industries.

Whenever we purchase a supersized fry, a pack of cigarettes, or fill up our gas tank, we're funding these companies.

While it does pain me that the families of smokers are also impacted by second hand smoke and premature deaths in the family, cigarettes have never been the root cause of the nearly half million people a year in the US that die from smoking related illnesses.

It was the decisions of those individuals to partake in a vice or bad habit that negatively affected them and/or their family.

Regardless of whether cigarettes are legal or illegal, people will still obtain them. It doesn't make the tobacco company evil for supplying a product that customers demand, especially knowing all that we do about the harmful effects of smoking.

As an investor, your goal should be to enrich yourself as much as possible. You can then use these funds to fight for the causes you believe in as you grow older or pass away.

We shouldn't limit ourselves to investments that are entirely ethical because there really are none as far as I'm concerned.

We could argue all day about certain industries and for as much good they do for society, we would conclude they also harmed or wronged society in some way at some point.

What are your beliefs on the relationship between ethics and investing? Are there any industries you refrain from owning for ethical reasons?


As always, thanks for reading and I look forward to replying to any comment(s) below.