It's All About The Savings Rate...

Over the past few weeks, I have been thinking more about the importance of savings rate within the context of achieving financial independence, especially at a relatively early age as I am striving to do.
This all came about when one weekend, I decided to tally my earnings history since I began my first job shortly out of high school in 2015 as a cashier at ShopKo while I was attending college.
I realized that a few paychecks ago, I surpassed $100,000 in cumulative gross income in my previous 5 years.
This led me to also tally the amount that I have saved during that same time, which confirmed to me that I am roughly on track to achieving my long-term goal of financial independence at an early age. 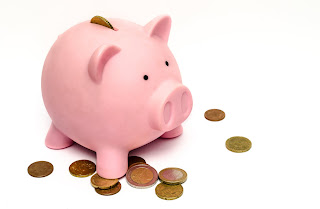 Image Source: Pexels
My Savings Rate To Date Is ~63%
When factoring in the $105,700 that I have earned between my first job at ShopKo, my current job, and my Seeking Alpha side hustle against the $66,900 in savings during that time (including my $38,000 cost of my 4 year degree and my $32,900 net worth, as well as factoring in the $4,000 in savings that I started with around the time that I began my first job at ShopKo), my savings rate comes in at just over 63%.
From an early age, I was always more of a saver than a spender. This was especially the case when I learned the power of dividend growth investing, so my cumulative savings rate was about what I expected it would be.
It also helped that I was able to live with my parents rent free for all of that time, which helped me to graduate debt free last August, saving me from having to pay interest expenses.

Image Source: Mr. Money Mustache
Given that my goal is to achieve financial independence by age 35 and that I'm 12 years away from turning 35, I essentially need to maintain my cumulative savings rate to date in order to achieve this goal.
I built in a 20% margin of safety as far as my expenses are concerned as I'm currently only spending about $1,000 a month, but assumed monthly expenses of $1,200 and that my current income level would remain the same for the duration of the 13 years it would take for me to reach FI as illustrated above.
My expenses could very well end up being notably higher than the above should I decide to get married or have kids, but I also figure that my income will likely gradually rise over the next 13 years, so I believe it will ultimately balance out.
Concluding Thoughts:
While I have known the importance of minimizing unnecessary expenses and maximizing income for several years now, compiling this blog post really reiterated the importance of doing so as I continue on my journey of attaining financial independence.
I'm more energized than I ever have been to more carefully scrutinize my expenses and maximize my income, and I'm looking forward to the next few years of my career as I build upon my skillset and presumably, my earning potential.
Discussion:
What has your savings rate been over the years?
Are you currently on track to achieve financial independence at your target date/age?
Thanks for reading and I look forward to reading your comments in the comment section below!